Ever since Rudyard Kipling wrote that "Burma is quite unlike any place you know about", things have not changed much. The old Burma, Myanmar today, remains one of the most mysterious and undiscovered destinations in the world. A land of breathtaking beauty and charm yet only recently emerging into the modern world, Myanmar offers all the traditional delights of Asia in one fascinating country. Untouched jungles, snow-capped mountains and pristine beaches, combined with a rich and glorious heritage spanning more than two thousand years. MoSpectacular monuments and ancient cities attest to a vibrant culture that is still home to 135 different ethnic groups.

Further down the page: Read about our company * Travel facts Myanmar. There is also a map of our country and our latest Myanmar travel news.

Phoenix Voyages DMC
100 A, Kaba Aye Pagoda Road
Bahan Township
Yangon
This email address is being protected from spambots. You need JavaScript enabled to view it. 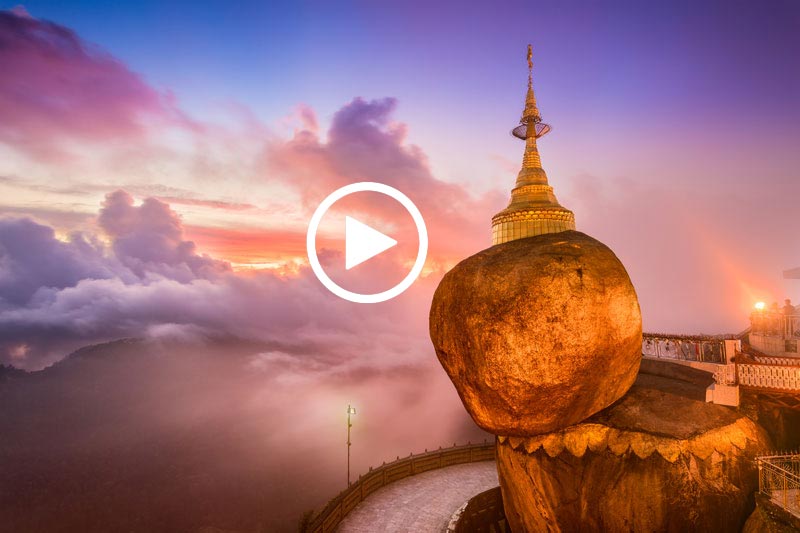 Amarapura
Located between Mandalay and the airport south of the city, Amarapura was capital of Myanmar until King Mindon built Mandalay and moved the capital there inside the walled fort. Now it is largely deserted, except for a large monastery which houses 1,000 monks. There is also the famed U Bein's Bridge, a 150-year old bridge, made of teak wood.

Bagan
Bagan is one of the richest archaeological site in Southeast Asia where more than 13,000 temples once stood. There are some 2200 monuments still standing and some 2000 in ruins. Bagan is considered one of the richest and most amazing sites in Asia, comparable to the sites of worldwide importance such as Jerusalem, and Rome. This once splendid and glorious capital of the First Myanmar Empire, is now a 42 square km area dotted with thousands of ancient pagodas, shrines, ordination halls and monuments.

Inle Lake
The second largest natural lake in Myanmar, it rests 4358 feet above the sea level among the hazy blue mountains. Inle's most unusual feature is its extraordinary 'leg-rowing fishermen' who have developed an original, eccentric method of rowing their small boats with one leg. Floating gardens are built-up from strips of water hyacinth and mud, dredged from the lakebed. Villages, farms and monasteries perch over the water on stilts.

Mandalay
There are many interesting edifices of cultural and religious importance and Buddhist monasteries with beautiful woodcarvings and masterpieces of Myanmar Masonry. Mandalay is best known not only for it's rich traditional, cultural and spiritual splendour, but also exquisite handicraft such as hand-woven embroidery in silk and cotton. The river jetty at Mandalay is a beehive of activity with small boats going up and down the river, bamboo rafts and cargo boats with huge logs from the teak forests upriver. The water buffaloes are the beasts of burden hauling the logs from the river up to the lumber storage areas along the riverbank.

Mrauk U
The golden city of Mrauk U became known in Europe as a city of oriental splendour after Friar Sebastian Manrique visited the area in early 17th century. The city was carefully built in a strategic location by leveling three small hills. The pagodas are strategically located on hilltops and serve as fortresses. There are moats, artificial lakes and canals and the whole area could be flooded against attackers. There are innumerable pagodas and Buddha images all over the old city and the surrounding hills. Some are still being used as places of worship today many in ruins, some of which are now being restored to their original splendour.

Ngapali beach
Myanmar best-known beach resort providing the visitor with un-spoilt white sand beaches fringed with coconut groves as far as the eye can see. All along this coast is Asia's undiscovered paradise with unspoiled beaches. One can find the three natural ingredients of a perfect seaside holiday-the sea, the sand and the sun. The area contains many small islands that can be visited on day trips from main center.

Yangon
Yangon, the capital city of Myanmar, is nicknamed 'The Garden City of the East". It has lush tropical trees, shady parks and beautiful lakes and stunning architecture.

After breakfast, depart on a local boat to cross the Irrawaddy River towards Mingun village.

Visit Pondawphaya and Settawya pagodas as well as the impressive unfinished Mantaragyi brick pagoda. It would have been the highest pagoda in the world had this project not been abandoned at King Bodawpaya’s death.

The legendary Mingun bell weighing 90 tons, also manufactured by the King’s orders, is one of the heaviest intact bells in the world.
Late morning, return to Mandalay for lunch.

In the afternoon, depart by road towards Ava Island before crossing the river by boat. Enjoy a horse cart ride through the former princely city. Visit Maha Aungmyay Bonzan monastery and the beautiful wooden monastery of Bagaya.

Later cross the famous U Bein Bridge to discover the imposing Pagoda Pathodawgyi.

A DMC with years of experience in Myanmar. Supplier relations and experience are very important when it comes to Phoenix Voyages.

We also have offices in 5 other countries in Asia and form a strong network.